What to Do When Lightning Strikes

Each year, dozens of people are killed by lightning strikes in the United States, according to the National Weather Service (NWS), part of the U.S. National Oceanic and Atmospheric Administration (NOAA). That risk goes up considerably in the summer, when lightning-laced thunderstorms are more apt to occur and when more people are on the beach, in the mountains or on athletic fields and golf courses. 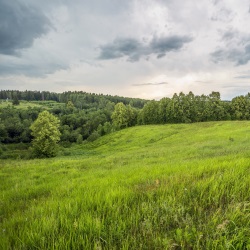 "If you hear thunder, the storm is already close enough for lightning to strike. Seek shelter right away."

John Jensenius, a lightning safety specialist with the NWS, advocates having a plan — one that always starts with checking the weather. He encourages postponing or cancelling any outdoor activities if there's a possibility of thunderstorms. "If you go ahead with your activity, stay in tune to the forecast and keep an eye on the sky. If you hear thunder, the storm is already close enough for lightning to strike. Seek shelter right away."

Safe shelters include any building with plumbing and wiring, cars with hard tops, trucks, RVs and buses. On the not-safe list is anything that's open to the outside, such as dugouts, bus stops, convertibles, and even open garages.

Once you're indoors, stay away from windows and doors, as well as from anything plugged in or anything that has a direct connection to the plumbing, according to Jensenius. "So, no washing dishes or taking showers or baths," he said. Talking on a cordless phone is OK, but stay off corded phones, he advised. If you're in a car, the rubber tires won't protect you, but lightning will travel along the outside metal of the car. To stay safe, don't touch the metal door handles. Also, avoid touching the windshield if your car's antenna is built into it, and leave the radio alone, too, he cautioned.

If you're outside and can't find a safe shelter, look for an area with shorter trees, but keep some distance from the trees. "If you're with a group, spread out," Jensenius said. "This might actually increase the risk of someone getting hit, but if you're all together and that area gets hits, there won't be anyone who can help," he explained.

"Avoid being, or being near, the tallest object in your immediate area," Jensenius added. "But don't be out in the open or near isolated trees, either."

If you're on the lake water, river or some other body of water, quickly get to shore. If you're in a pool, get out and seek shelter. And, don't go outside or in the water again until at least 30 minutes after the lightning flash or the last clap of thunder.

If you haven't been able to find appropriate shelter and suddenly feel your hair standing on end, the Federal Emergency Management Agency recommends that you crouch down as low as you can, placing your weight on the balls of your feet so that as little of you is connected to the ground as possible. Cover your ears with your hands and put your head between your knees to make yourself the smallest target possible.

If the worst happens, and you or someone you're with is struck by lightning, the first concern is sudden cardiac arrest.

If that occurs, you should start CPR immediately. If you happen to be where there's a portable automated external defibrillator, Jensenius said, use it if the person's heart has stopped.

Lightning strikes can also cause problems like fractures, ruptured ear drums and concussions. Some people experience burns, and others have trouble concentrating, are more forgetful, get easily distracted or have personality changes after being hit by lightning. Treatment, Jensenius said, depends on the particular injury, though it begins with getting immediate medical help for anyone who's been struck by calling an ambulance right away.

And, before that, it starts with a plan.

The National Oceanic and Atmospheric Administration has more about lightning safety.