DISCLAIMER: This Health Library is for educational purposes only and does not necessarily reflect the services provided by this practice/facility.

Self-mutilation or self-injury is any form of self-harm inflicted on your body without the intent to commit suicide.

Self-mutilation may be caused by associated psychological problems. Self-mutilation may be done to release emotional pain, anger, or anxiety . It may also be done to rebel against authority, flirt with risk-taking, or feel in control. In some cases, the behavior is outside your emotional control and related to a neurological or metabolic disorder. 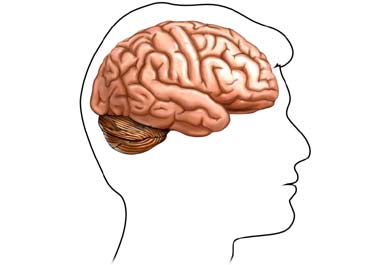 Self-mutilation is often associated with psychiatric disorders that may be caused by chemical imbalances in the brain.
Copyright © Nucleus Medical Media, Inc.

Self-mutilation is more common in females and adolescents. Other factors that may increase your chances of self-mutilation:

It can also be associated with neurologic or metabolic disorders such as:

The symptoms of self-mutilation vary. The most common symptoms include:

Certain behavioral symptoms can be signs of self-multilation. These may include:

Rarely, in very severe cases, self-mutilation can include:

Self-mutilation can be difficult to diagnose. People who self-mutilate often feel guilty and ashamed about their behavior. They may try to hide it. Physical harm caused by self-mutilation may be the first sign noticed during an exam. To be diagnosed, symptoms should meet the following criteria:

To make an accurate diagnosis, the psychologist or psychiatrist will assess other conditions, such as personality or mood disorders, and whether there is suicidal intent. A psychosocial assessment may also be given to assess a person’s mental capacity, level of distress, and presence of mental illness.

A doctor will assess whether care needs to be provided right away to treat or prevent further injury.

Psychologic treatment may be done either one-to-one or in a group setting. It is usually aimed at finding and treating the underlying emotional difficulty, trauma , or disorder. It may also include cognitive-behavioral therapy .

The best prevention is to get help as soon as possible for depression, trauma, emotional problems, or other disorders that may lead to self-mutilation.

This content is reviewed regularly and is updated when new and relevant evidence is made available. This information is neither intended nor implied to be a substitute for professional medical advice. Always seek the advice of your physician or other qualified health provider prior to starting any new treatment or with questions regarding a medical condition.